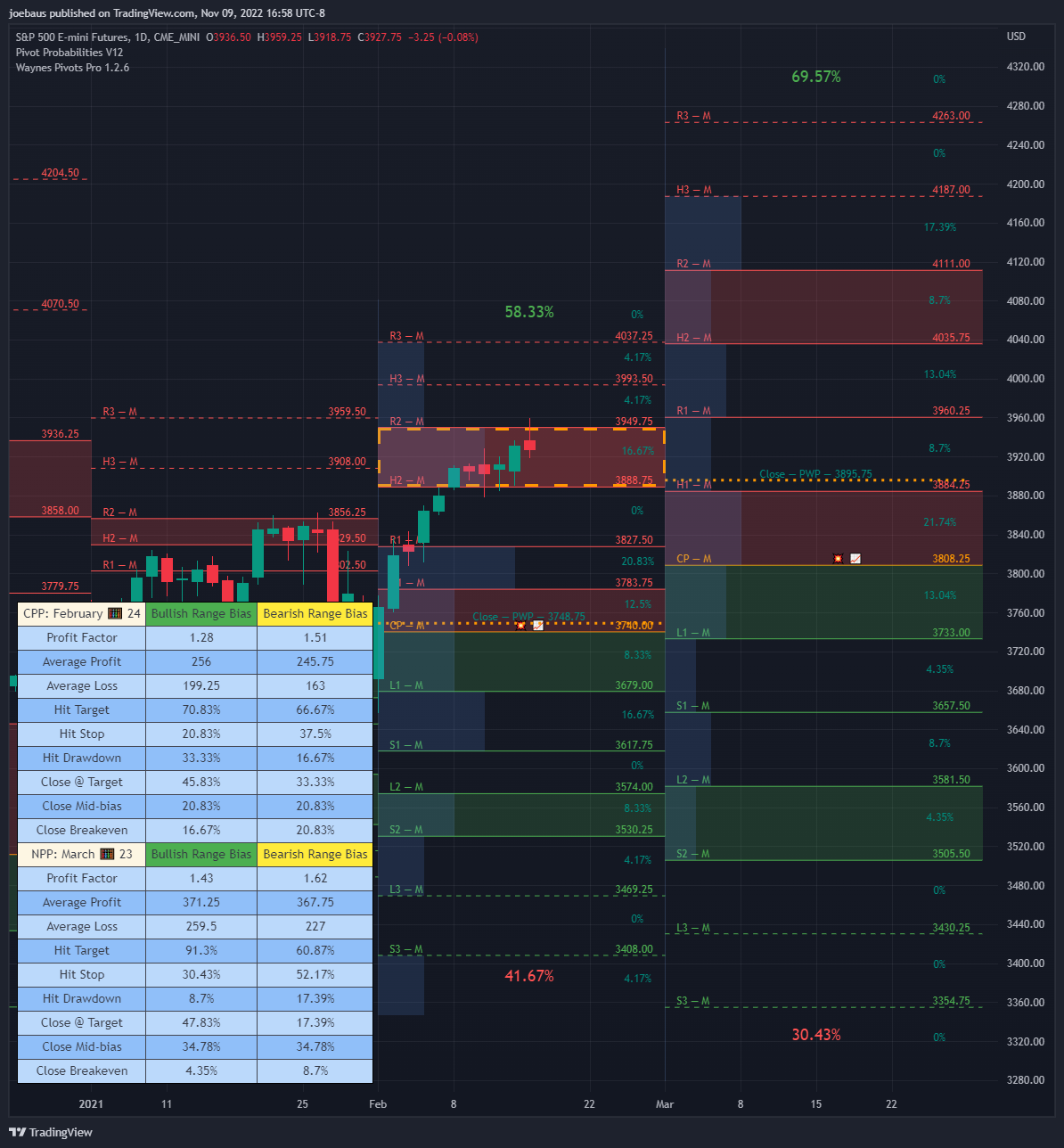 Pivot Probabilities
Get historical probabilities based on seasonal price action between any two pivot points.

Use code BLACKFRI for 10% off your purchase!

Note: this indicator does not draw the pivot point lines, so all purchases of Pivot Probabilities comes included with access to Wayne's Pivots Pro.

Once probabilities for the current and next period (week, month) are selected, we can select what OHLC data to analyze.

The Probability Dashboard can be seen to the bottom left. The green and red lit cells on the dashboard are a simple way of identifying the historical performance of a pivot point trade setup. Green means that a setup at least has 2 to 1, risk to reward odds. Red means that there is less than 1 to 1 odds. Yellow is shown when the risk to reward odds are between 1 and 2.

Location on the chart, size, columns, rows, and colors of the dashboard is fully customizable. Here is a breakdown of all the statistics in the dashboard: